A growing collection of people who have made a name for themselves (by fair means of foul) - and came from the Dewsbury area.  They're listed in alphabetical order by surname.

Click the name tag to open and close the information.

If there's someone that you think belongs on this page then drop us a line with some details using the Contact page.

Sir Thomas Clifford Allbutt (20 July 1836 – 22 February 1925) was an English physician and inventor of the clinical thermometer.

Thomas Clifford Allbutt was born in Dewsbury, Yorkshire, the son of Rev. Thomas Allbutt, Vicar of Dewsbury and his wife Marianne, daughter of Robert Wooler, of Dewsbury (1801–1843).  He was educated at St Peter’s School, York and Caius College, Cambridge, where he graduated B.A. in 1859, with a First Class degree in natural sciences in 1860.

He was elected a fellow of the Royal Society in 1880, while still practising at Leeds General Infirmary (1861 to 1889).  After serving as one of the Commissioners for Lunacy in England and Wales from 1889, Allbutt became Regius Professor of Physic (medicine) at the University of Cambridge in 1892, and was knighted in 1907.

He died in Cambridge, England in 1925.  Allbutt was married to Susan, daughter of Thomas England, merchant, of Headingley, Leeds, on 15 September 1869. They had no children.

Betty Boothroyd - Speaker of the House of Commons

She was the first, and to date only, female Speaker of the House of Commons. She now sits, by tradition, as a Crossbench peer in the House of Lords.​ (as at Sep 2016) 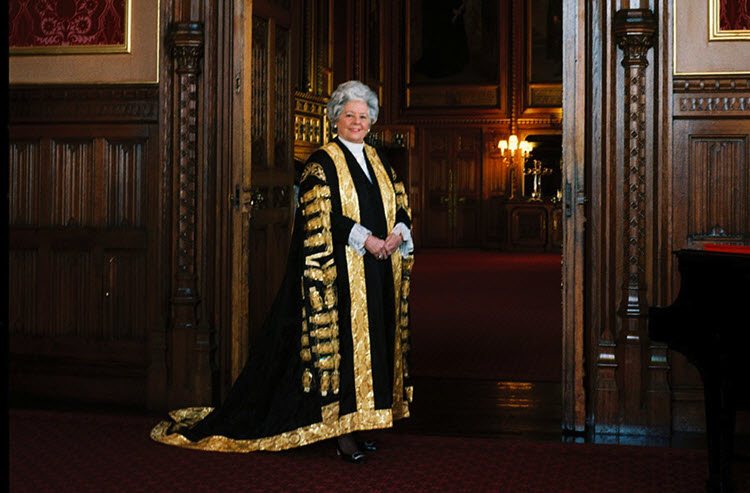 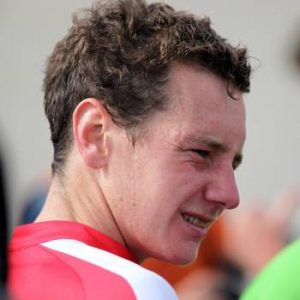 Alistair Edward Brownlee, MBE (born 23 April 1988) is a British triathlete, and the current Olympic, European and Commonwealth champion in his sport, having won the gold medal at the 2012 London Olympics and the 2014 Commonwealth Games.

His brother, Jonathan Brownlee, is also a triathlon champion, placing third in the 2012 Olympics, winning the 2012 World Championship and the last World Sprint Triathlon Championship, in addition to accompanying his brother in their World and Commonwealth mixed team relay victories.

Brownlee was appointed Member of the Order of the British Empire (MBE) in the 2013 New Year Honours for services to triathlon.

Thomas William Buckle - originator of the 'Yorkshire Board' 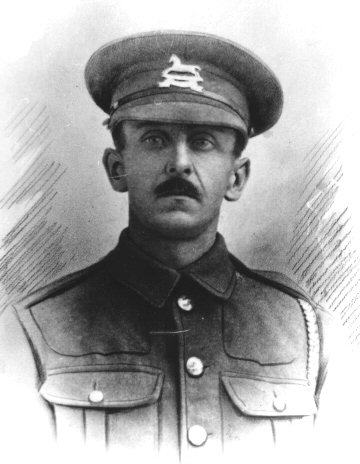 Thomas William Buckle, a Dewsbury man, has been uncovered as the originator of the ‘Yorkshire Board’ in about 1910 and responsible for the odd numbering sequence that we now see on dartboards across the world.

Mr Wallace Henry Hartley, 33, was the son of Albion and Elizabeth Hartley of Colne, Lancashire. But at the time of his death his home was Surreyside, West-Park Street, Dewsbury, England where he had moved in 1908.  He was working for the Cunard Line from 1909 till his death in 1912.

He had led orchestras in Harrogate and Bridlington and was a member of the Savage Club in Leeds. 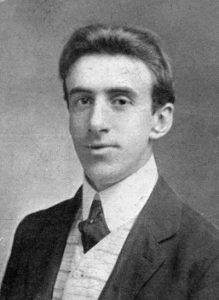 Hartley, a violinist, worked on the Cunard Liner Mauretania before leaving to become bandmaster on the Titanic.  He had a fiancé in Boston Spa, near Wetherby in Yorkshire and spent time with her in that village the week before boarding the Titanic.

After the collision Hartley led the orchestra in playing ragtime tunes. According to legend they also played the hymn Nearer My God To Thee!

His body was recovered as #224 on May 4th 1912 the body was transferred from Halifax to Boston for its return to Liverpool on-board the Arabic where it arrived on May 12th. From Liverpool the body was taken by hearse to Hartley’s boyhood hometown of Colne, Lancashire.

The funeral was held at the Bethel Independent Methodist church where Hartley had been a choirboy. In 2013 Wallace Hartley’s violin was sold at auction for £900,000 ($1.6m).  A bandstand to commemorate Hartley stands outside Dewsbury Town Hall. 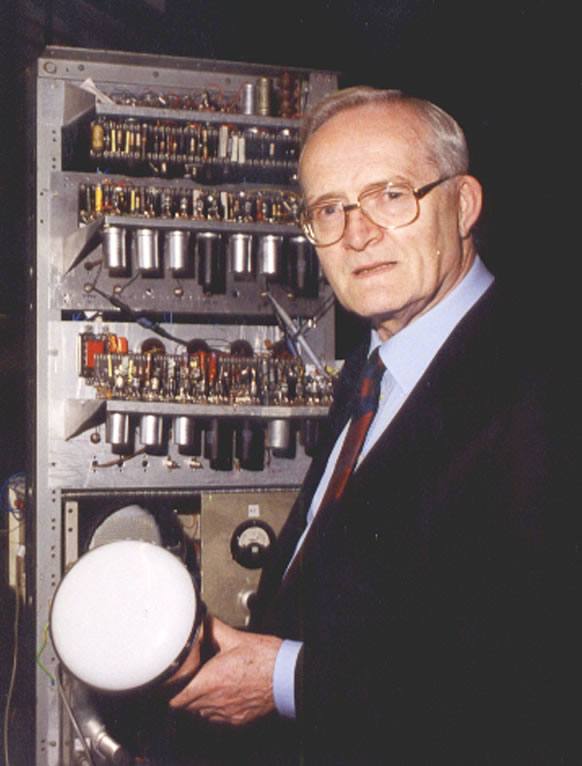 Tom Kilburn CBE, FRS (11 August 1921 – 17 January 2001) was an English mathematician and computer scientist.  Over the course of a productive 30-year career, he was involved in the development of five computers of great historical significance.

With Freddie Williams he worked on the Williams–Kilburn Tube and the world’s first stored-program computer, the Small-Scale Experimental Machine (SSEM), while working at the Victoria University of Manchester.

His work propelled Manchester and Britain into the forefront of the emerging field of computer science.

A graduate of Sidney Sussex College, Cambridge, Kilburn worked on radar at the Telecommunications Research Establishment (TRE) in Malvern under Frederic Calland Williams during the Second World War.

After the war ended, he was recruited by Williams to work on the development of computers at Victoria University of Manchester. He led the development of a succession of innovative Manchester computers that incorporated a host of ground-breaking innovations and developments, including the Ferranti Mark 1, the world’s first commercial computer, and the Atlas, one of the first time-sharing multiprocessing computers that incorporated job scheduling, spooling, interrupts, pipelining and paging.

Owen Willans Richardson was born in Dewsbury, Yorkshire, England, the only son of Joshua Henry and Charlotte Maria Richardson. He was educated at Batley Grammar School and Trinity College, Cambridge, where he gained First Class Honours in Natural Sciences. He then got a DSc from University of London in 1904.

After graduating in 1900, he began researching the emission of electricity from hot bodies at the Cavendish Laboratory in Cambridge, and in 1902 he was made a fellow at Trinity. 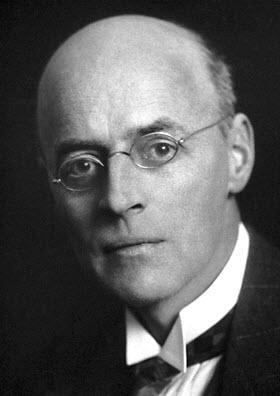 In 1901, he demonstrated that the current from a heated wire seemed to depend exponentially on the temperature of the wire with a mathematical form similar to the Arrhenius equation. This became known as Richardson’s law.

Richardson was professor at Princeton University from 1906 to 1913, and returned to the UK in 1914 to become Wheatstone Professor of Physics at King’s College London, where he was later made director of research. He retired in 1944, and died in 1959.

He also researched the photoelectric effect, the gyromagnetic effect, the emission of electrons by chemical reactions, soft X-rays, and the spectrum of hydrogen.

Richardson married Lilian Wilson, sister of his Cavendish colleague Harold Wilson, in 1906, and had two sons and a daughter. Richardson’s own sister married the American physicist (and 1937 Nobel laureate) Clinton Davisson, who was Richardson’s PhD student at Princeton.

After Lilian’s death in 1945, he was remarried in 1948 to Henriette Rupp, a physicist.  Owen Willans Richardson had a son Harold Owen Richardson who specialized in Nuclear Physics and was also the Chairman, Physics Department, Bedford College, London University and later on became emeritus Professor at London University.

Michael “Mick” Sullivan (12 January 1934 – 5 April 2016) was an English professional Rugby League World Cup winning footballer of the 1950s and ’60s. He set the record for the most appearances for the Great Britain Lions with 46. This record has been matched (by Garry Schofield) but never overtaken.

Sullivan signed with Huddersfield in 1952 as an 18-year-old right-wing. He made his début for Great Britain during the 1954 World Cup in France against the Australian team. Sullivan went on to appear in the final and help Great Britain to claim the first ever World Cup. 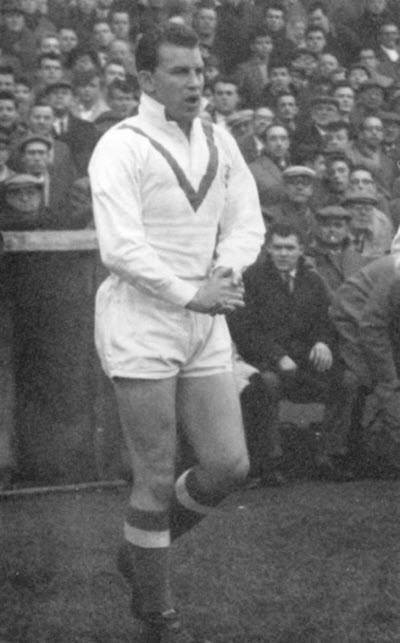 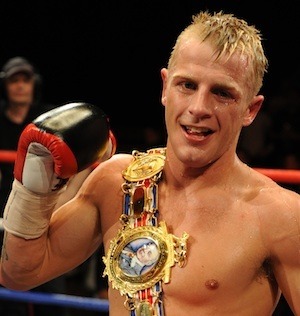