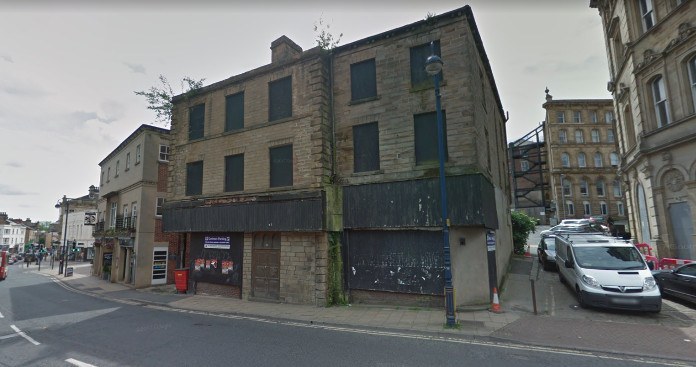 The former Coop Funeral Parlour at 23, Northgate and right beside Pioneer House has been an eyesore for many years as neglect slowly takes its toll.

We're told that the building is of no particular architectural merit - but it's position in a prime site on Northgate and right beside the iconic Pioneer House makes it's condition important for the impression that it leaves on everyone passing by.

And then we have the fact that we know what it used to look like as Golby's cycle shop in the early 20th century.  Ernest Albert Golby was registered as a cycle and motor engineer in the 1911 census and lived in Batley with his wife, two daughters and a son - but clearly made his living in Dewsbury.

And his shop figures again in the right hand image of a military parade through Northgate - which must put it around the time of the First World War.

If we are going to consider Dewsbury as a Heritage Action Zone is this building one that should be considered?

"If we can see it then it should be worth looking at!"

The landlord already has access to 50% of refurbishment cost from the Townscape Heritage Initiative - but has not taken advantage of it as yet.  Will the new Heritage Action Zone make any difference?

What do you think of this?  Leave a comment below.

Then please join the Dewsbury Heritage Facebook group to talk about what the Heritage Action Zone might mean for Dewsbury.

More from across Kirklees

DO YOU WANT TO HAVE A SAY IN THE ​​​​​FUTURE OF DEWSBURY?

I want to see Dewsbury improved

Add your voice!
We'll keep you informed and connected